There are some urban myths about cockroaches out there. Like the one that cockroaches can withstand a nuclear explosion. You may have wondered whether some living creatures are eating cockroaches. You may even got an idea of getting those animals to help you with the roach infestation at your home.

Few animals and insects would fancy having roaches for dinner. Yet, in normal conditions not that many of them would eat cockroaches.

Some predators might not kill and eat the roach, but turn them into a zombie. Read on to find out what is that creature that could do such a crazy thing. 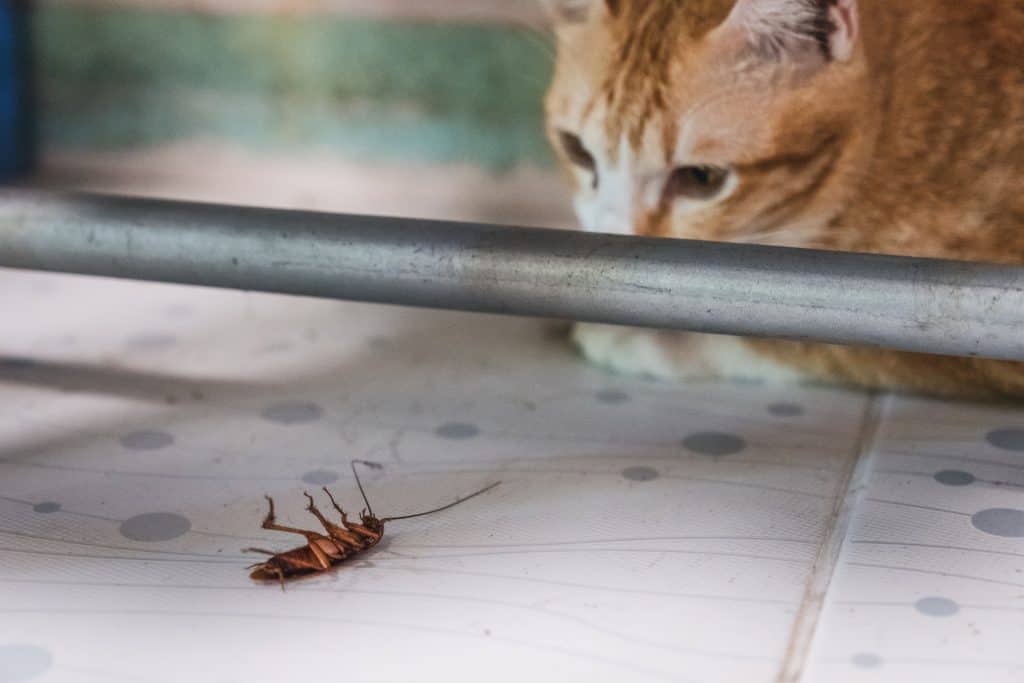 Many cat owners can testify that their furry pets like to play around and bait anything that moves. This also applies to the insects at home including cockroaches. Cats can try to chew or eat roaches once they catch them.

This should be more of a concern for the pet owners rather than a help in dealing with pest problems at home.

Cockroaches usually hangout in places that are not that clean such as near sewers or trash cans. That is the reason they might be carrying bacteria, allergens and some diseases. You don’t want to let your cat hangout too much with roaches because of those reasons.

Your cat will try to catch the cockroaches out of curiosity rather than for daily snack. You cannot rely on cats to deal with roach infestation at your home.

In the entire species of frogs I’d like to pick one – Spring Peeper. You might have heard about it, but haven’t seen it live. You might even have literally heard it. As the name suggests these frogs start emitting their chorus around the beginning of the spring.

Spring Peeper is a nocturnal creature hiding from predators during the day and starting to look for prey at night. They usually feed on beetles, ants, flies, and spiders.

Cockroaches are also nocturnal insects claiming out of their hiding places at night. If they cross the roads with frogs there is a high chance that frogs will eat the roach for dinner. This is highly unlikely.

Usually frogs live in the wild in grassy and woodland areas. Cockroaches are domestic pests. It is highly unlikely that they cross paths. Wild frogs are not a big help to deal with roach problems you may have at home. 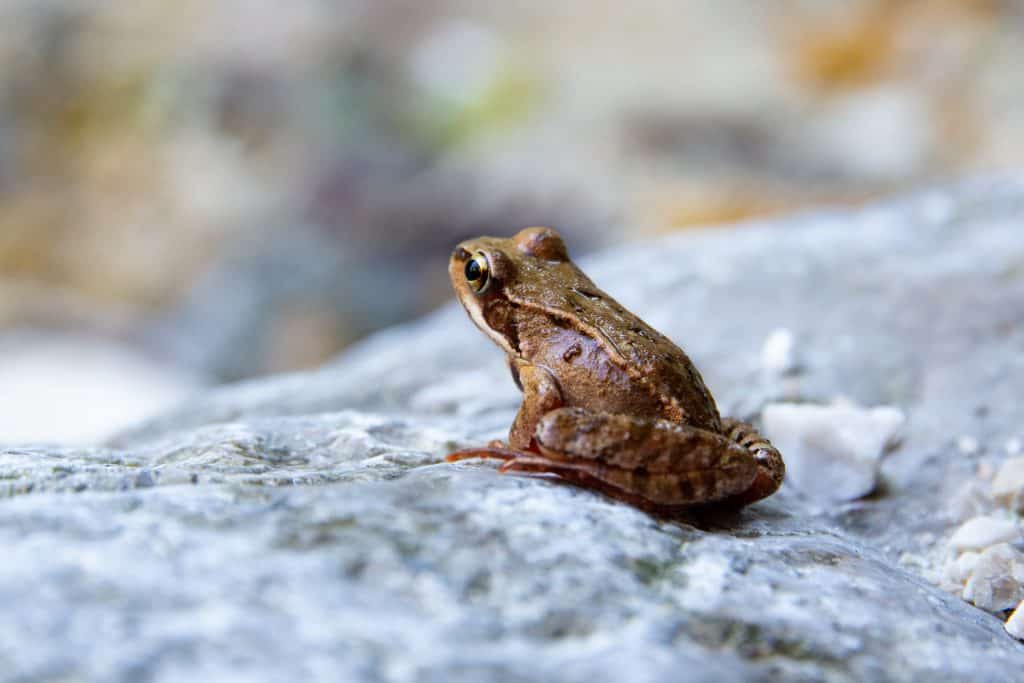 Do lizards and geckos eat roaches?

Lizards are reptiles and cold-blooded animals. They usually live in warmer parts of the world. You may not even see them living in the wild in your area.

Lizards such as geckos and iguanas are sometimes found in peoples homes kept as pets. Insects such as cockroaches might be part of their diet. Roaches are an inexpensive and nutritious food for those reptile pets.

You should not get lizards such as gecko to deal with cockroach infestation at home. First, you will need many of the lizards lurking around your house to make a difference. Second, you will get your house infested with geckos. It is better to call a pest control professional rather than having a hoard of geckos running around your house.

Most of the snakes predate on vertebrates, but some species live on insects. Copperheads are famous for catching cicadas and scientists have documented them eating cockroaches. There are some other species that would eat cockroaches. Rough green snakes and brown snakes are likely to eat small roaches on some occasions.

Mice is one of the world’s common pest species. They are not very picky eaters. Mice can kill and eat anything of the size of a cockroach. If a mouse is hungry it can even eat the cockroach of a glue trap without entangling itself.

As many animals reviewed they cannot be relied upon to deal with your cockroach problem. Cockroaches are nimble and fast creatures. Mice would have difficulty catching such insects.

They also both get together too well. Roaches can feed on rodent droppings and mice would feed on cockroaches. Both pest species would compliment each other and give you a vicious cycle.

In case you have a cockroach problem and/or mice at home the best and only course of action is to deal with both pest problems by getting a pest control expert onboard. There is no way mice would do that for you and it would get even worse without treatment. 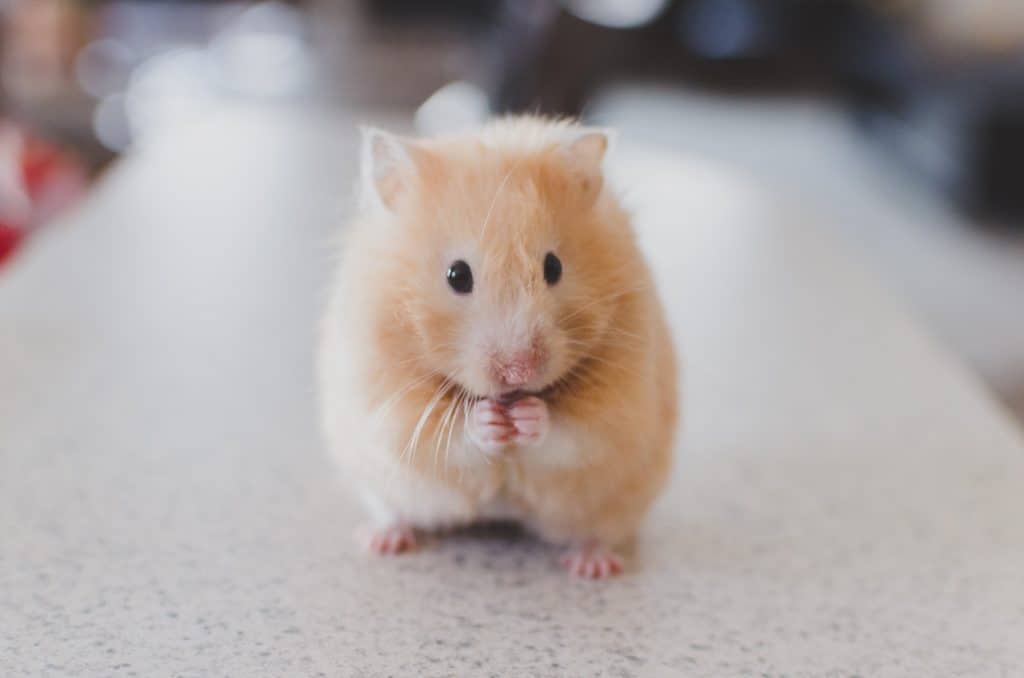 It is a very similar story with rats as with mice. Rats are not picky on food and could live on roaches if needed. But this is not their first choice for food.

Hedgehogs would eat roaches if they catch them. Domesticated hedgehogs should not eat pest roaches found at home. This is valid for any pets as mentioned before. Cockroaches hangout in the places where they can carry diseases and can cause allergies to the pet owners.

You may give special roaches bred as pet food. As you can see in this video hedgehogs eats roaches if they are in the mood:

Many bird species eat insects and should snack roaches from time to time. In real life you will not see birds eating cockroaches.

The reason for this is that most of the roaches are living indoors, hiding in cracks, dark and damp places. Birds rarely will get a chance to catch a cockroach. They live outside and may never get a single roach in their sight.

Spiders eat indoor pests such as roaches, mosquitoes and cloth moths. They are the creatures which could in theory help you with pest control at home. To make a difference you need to have quite a large number of spiders to deal with roach infestation at your home. It could be into thousands or roaches.

Some people who keep domesticated spiders breed cockroaches as a food for them.

There is evidence that Brown Huntsman spiders would eat cockroaches. You can check by yourself in this video:

Huntsman spiders found in warm tropical climates and you may not be able to come across them if you live in colder climates.

Wasps usually don’t eat cockroaches. But they use them in slightly different ways.

Wasps can turn cockroaches into zombies. It would sting cockroaches and inject their venom. The poison works fast, paralyzing the roach temporarily. Enough time for the wasp to aim the next sting with more accuracy within a specific area in roach brains. It does not kill the roach and it is alive, but unable to fight a wasp.

Then wasp drags zombie-roach to its nest and lays eggs in its underbelly. When eggs of the wasp hatch they eat cockroach which are still alive.

In most of the cases ants would bring a dead cockroach to their nest rather than hunt them down. Roaches are quite fast creatures and it would outrun an ant in normal conditions. It could off course get difficult for roaches to run away from a hoard of ants caught in a tight space.

Some species of ants would definitely eat roaches in those conditions. Best candidate would be a red imported fire ant (RIFA) species.

In normal conditions it is quite uncommon to see that crickets would eat a cockroach. Crickets are usually living in areas where there is plenty of grass.

They feed on plants and some other smaller creatures. Crickets have the ability if needed to pray cockroaches. But they most likely would do that on very rare occasions.

First, you should not rely on any creatures and pets to deal with cockroach infestation at your home. Get the pest control expert instead or at least you can do some DIY treatment yourself.

For most animals and insects the cockroaches are not on the daily diet list. But if they come across a cockroach and it is dead then they might eat it.

If you have a pet which eats roaches you should never give ones that you found at home. Unless they are bred for pet food.

Cockroaches like dark damp places near sewers and they eat trash (or even feces). They might distribute bacteria and cause allergies to your pets and yourself.

Important Disclaimer: The information contained on PestProper.com is intended for informational and educational purposes only. Any statements made on this website have not been evaluated by the Environmental Protection Agency (EPA), the Food and Drug Administration (FDA) or any other regulatory body. Any information or products discussed are not intended to remedy, exterminate, treat, or prevent any insect or rodent infestation. Please consult a licensed exterminator before utilizing pesticides in or around your living conditions.